What the soft-currency theory of the business cycle tells us about the current crisis and how to escape it.

There’s no doubt that the economic carnage that has rocked the world in the last week or so was triggered by a contraction in economic activity associated with Covid-19 and the efforts to contain it. But there’s also no doubt that this shock exposed underlying issues, setting off a cascade of chaos and fear through an economic system overloaded with private debt, especially in the business sector. 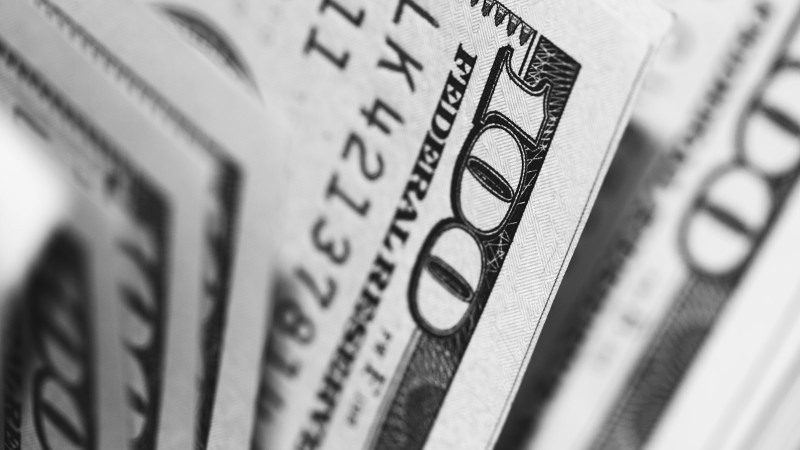 What is striking is the extent to which this problem mirrors the causes of the 2008 crisis, where excess debt in the US housing sector was the first domino to fall. How was it that 12 years and two US presidents later, the same problem had been recreated in a different part of the economy?

The answer to this question lies in the rules of the economy as it is currently set up, especially in terms of the creation of money. The prevailing neoclassical model, which has predominated academia and policy circles for the last several decades makes certain assumptions about the role of money and banks in the economy, specifically that money and banks don’t actually matter.

To many economists, money is merely a “veil” concealing a fiendishly complex system of barter beneath. Banks are simply intermediaries between “patient” and “impatient” actors in the economy. Both money and banks are, fundamentally, neutral in their analysis.

For these economists, money serves as the crossbar on an olde-worlde set of scales, allowing different items to be fairly equated. The monetary system only comes into the picture in a serious way when this neutrality is spoiled by an overactive government, especially one which prints too much of it, creating elasticity where there should be only unrelenting firmness. This is sometimes called (but never by its proponents) the “hard” theory of money.

In opposition to hard money, there is a long tradition of what can be called “soft” currency theories. In recent years one variant—Modern Monetary Theory—has gained increasing attention and legitimacy. One of its key proponents, Stephanie Kelton has served as economic advisor to Senator Bernie Sanders, and has helped to shape the economic platform put forth by his presidential campaign. MMT emphasises that the government, as the issuer of currency, cannot go broke, and that it has a responsibility to issue sufficient currency to keep the economy working at a level close to its maximum capacity, which is often equated with full employment.

MMT says that taxes do not need to fund spending, but that they do have a role in validating the currency and ensuring its value—since the government will demand payment in the currency it issues. MMT holds that governments don’t tax then spend; they spend then tax. Adjacent contemporary theories include the Consumer Monetary Theory espoused by Project Greshm founder, Alex Howlett, and the work of Australian “anti-economist” Steve Keen.

All advocate for a porous relationship between fiscal and monetary policy, and think the government has far more headroom in terms of how much it can spend than the current mainstream view—though they disagree on how best to use this headroom. Kelton, in line with MMT’s emphasis on full employment, advocates a Federal Jobs Guarantee. Howlett, in line with his focus on the role of consumers in the economy, advocates a basic income calibrated for maximum macro-economic benefit. Keen, who has an especially developed focus on the banking sector, advocates periodic debt jubilees, accompanied by simply creating money and giving it to those without debts (to avoid the moral hazard of favoring debtors).

Each sees these acts of government largesse as not merely permissible, but necessary to avoid the alternating evils of economic stagnation and turbulence that have characterised the last decade and a bit. This is partially simple “demand side” economics—pointing out that companies can’t prosper if they don’t have customers to sell to. But it is also, critically, a reaction to the role of banks as the main creators and suppliers of money to the real economy.

Banks, in the soft currency account (which was recently endorsed by the Bank of England and the German Central Bank) are not neutral intermediaries, but creators of money. The emerging picture of banking is not the traditional one where a reserve of deposits (of patient savers) is lent out (to impatient borrowers). Instead they see loans as creating deposits alongside liabilities. When a bank lends you money, it simultaneously endows you with an asset and a liability—an amount available for you to spend, and an amount you owe. The problem with this system is, as anyone who has ever dealt with banks knows, that the amount you owe grows faster than the amount in your savings account. Since this is true for every non-bank actor, it is also true for the non-financial economy as a whole.

Economic growth, without government intervention, therefore requires the constant acceleration of debt creation, as the only way for the economy to service old debts is for new debts to be created, until there is no one left for the banks to loan too, and the debt is erased in a chain reaction of defaults and bankruptcies – which is where we are now.

Only the government can break this circuit, either by exploiting its unique capacity as a borrower and going into debt which it—as an immortal and ever growing economic entity—can endlessly defer, refresh and renegotiate, or by simply issuing or spending new fiat currency, created outside the banking system, directly into the economy. This is exactly what the US did not do after the 2008 crisis. It created $2.3 trillion in new currency, but this was all pumped into the financial system rather than the real economy.

One real-world example of this approach working is in Ecuador during the radical presidency of Rafael Correa. Correa was a heterodox economist himself before leading a wildly successful development effort which dramatically improved living standards in the original “banana republic”. It worked, in large part, by having the central bank create money to finance government borrowing.

Soft-currency theorists accept that money printing could cause inflation—wherein prices rise as spending outstrips the real economy’s capacity. But they also contend that this can be balanced by reducing debt-driven money creation in the financial sector.

The answer then, is not just that governments can spend in circumstances such as this to cushion the pain, but that they must in order to reestablish macroeconomic vitality. Not only is it acceptable for them to spend this money without raising taxes to compensate, it is preferable that they do so. Government budgets are in this regard completely unlike household budgets. Indeed as spending increases, debt often falls relative to GDP, as in the US between 1950-1981.

What’s more this kind of wholesale stimulatory policy, especially a UBI or other broad cash transfer program, could help address the direct loss of income people experience as travel and events are cancelled, staff and customers stay home, businesses cancel shifts, and so on.

The alternative is to add to the suffering caused by Covid-19 with the economic pain of a recession—one which neither businesses or households have the capacity to withstand. Now is the time for a paradigm shift, from a world where people are servants of money to one where it is put to work for our benefit.